The store will not work correctly in the case when cookies are disabled.

Christmas Is Santa’s Cup Of Tea 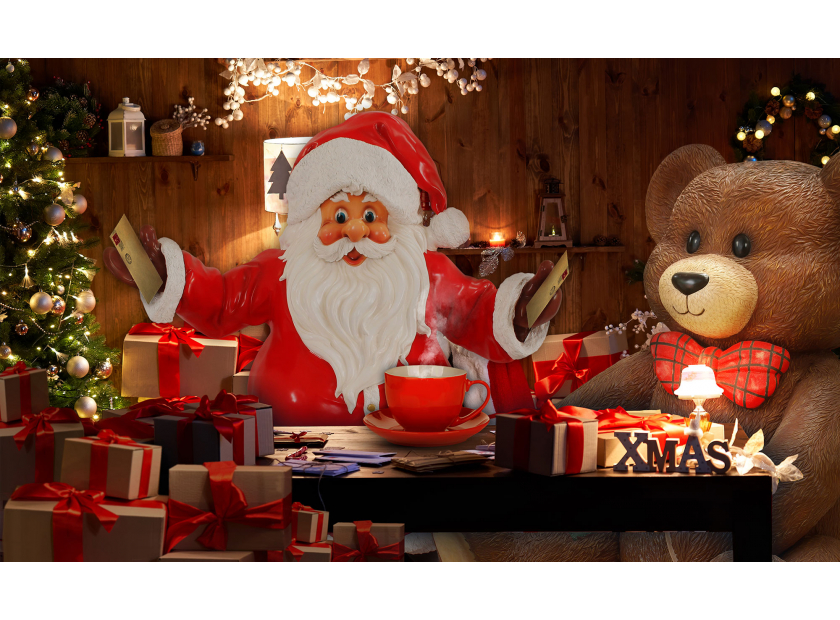 It was the first of December. Children all over the world wrote long lists of gift wishes and looked excitingly forward to Christmas.

But there was someone who was not happy. It was Santa Claus.

It was the first of December. Children all over the world wrote long lists of gift wishes and looked excitingly forward to Christmas.

But there was someone who was not happy. It was Santa Claus. He opened one letter after another and read the wishes from hopeful children and became increasingly frustrated.

“How can I keep inventing new toys? When children wish for dolls, cars, board games, and other kinds of toys, I am running out of ideas to design new dolls that are different from last year or the year before,” Santa Claus complained to the big friendly Christmas Teddy Bear.

The Teddy Bear put a big comforting paw on Santa’s shoulder and said:

“Don’t worry so much. It is going to be fine, just wait and see. Now I am making a good cup of hot tea for you and afterward, you can take a nap. When you wake up, you will be fresh and have ideas for new toys. Just wait and see.”

“I do not have time to sleep. I have to make new toys and I am running late but a cup of tea is a good idea. Oh, do not forget to bring me cookies too. Those with cinnamon and chocolate. And maybe some cookies with vanilla flavor,” he said and then looked at the Teddy Bear:

“You think we still have some of that fruitcake left? If so..”.

“Yes. Cookies and a slice of fruitcake coming right up,” said the Teddy Bear and smiled. Then he left Santa Claus’ office and went down to the Christmas Workshop and called elves and reindeers together.

The story continues below the image 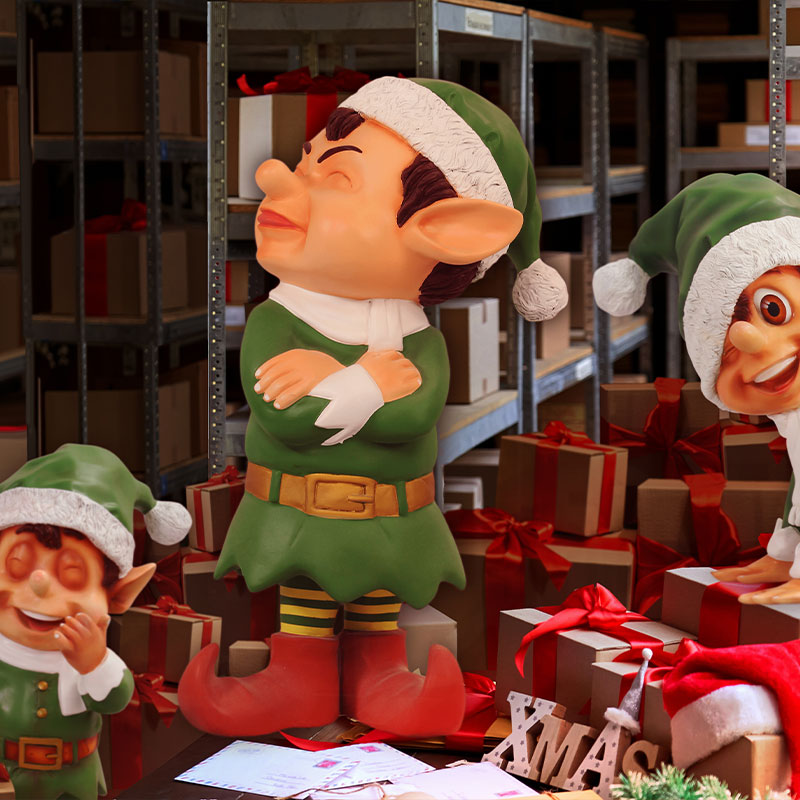 “It is time for Santa to have his special cup of Christmas tea.”

The elves mumbled and shook their heads.

‘It is always the same. Now we are getting busy.”

The Teddy Bear laughed and said:

“You grumpy elves are right. We will be busy now. Busy making children all over the world happy. Now let us get to work. Come on!”

The Teddy Bear made tea and Rudolph and the other reindeers sprinkled a bit of Christmas magic on top of the cookies, the slice of fruitcake, and a bit in the cup of tea. Just as a precaution.

“Here you are Santa. This will do you good. A nice cup of hot tea and your favorite cookies and a big slice of fruitcake. You might even consider my suggestion about the nap?”

Santa grumbled excitedly at the sight of cookies and quickly ate a few while the Teddy Bear poured tea in his cup.

“Would you not like a cup of tea,” Santa asked?

“It is nice of you to ask, but it takes me so long to get dry again, so maybe another time.”

Santa drank a big sip of tea and ate one more cookie.

“I don’t know about the nap. I do not feel I have the time. I have so much to do. It is Christmas soon.”

The Teddy Bear answered calmy on the way out of the office:

“Fine. You decide my friend.”

Santa drank two cups of tea and ate all the cookies and then the sliced fruitcake and suddenly felt all tired in a relaxing way.

“Hmm. That did not take long. Maybe there is some spare time for a nap. I maybe get some innovative ideas for toys.”

Shortly after he snored so loudly his Christmas hat fell over his eyes.

Then the hectic work of the Christmas workshop began. The elves painted bicycles, designed, and collected the prettiest dolls you ever saw, built and painted cars, and came up with new ideas and motives for stunning puzzles and exciting board games. The pile of Christmas presents grew by the minute and the big Teddy Bear was busy carrying all the presents into Santa’s sleigh.

Meanwhile, Rudolph and the other reindeers worked out to be strong enough the pull the heavy sleigh.

The story continues below the image 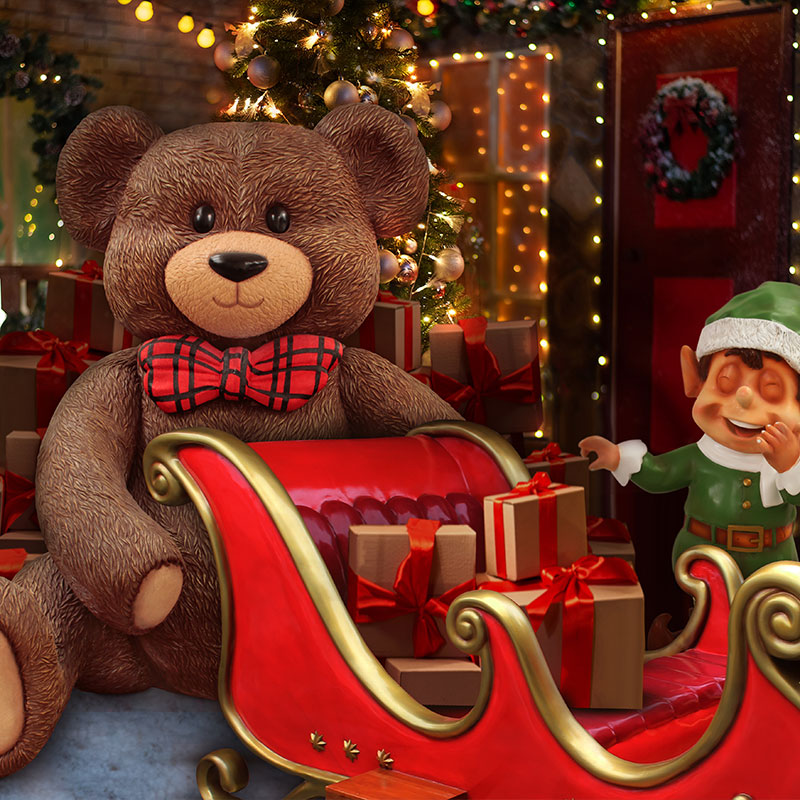 The days of December flew by and soon it was December 24th and when day turned to night the big Teddy Bear went to Santa’s office and shouted as loud as he could:

Santa jumped up and looked around all confused looking for his calendar.

“What did you say? Happy New Year? What date is it? The 24th? How long have I been sleeping?

Then he stopped and said in a low broken voice.

“I have not made any toys or presents. Will Christmas be canceled because I overslept?”

The Teddy Bear helped Santa put on his finest red suit and followed him t the sleigh calming him on the way.

“It will be Christmas, my friend. Don’t you worry!”

The sleigh was fully packed with a mountain of presents and Rudolph and the reindeer were ready for departure.

“I am confused,” said Santa Claus.

“When did we do all this. I must have been so busy I forgot. The same happened to me last year.

One of the elves mumbled:

Santa looked at the elf.

“Did you say something?”

“Oh, I just said Rudolph clearly has been working out. His thighs are much to adore.”

“You are right. Rudolph, you look strong as an ox, fit and ready for our Christmas run!” Santa yelled and jumped into the sleigh.

The reindeers began to pull, and the heavily packed sleigh set in motion as light as a feather and flew away with a ‘ho ho ho!’.

Santa Claus waved at the elves and the Teddy Bear shouting: “Merry Christmas. I could not have done it without you guys!”.

The Teddy Bear and the elves looked at each other.

“He is more right than he knows. Of to bed everyone!” 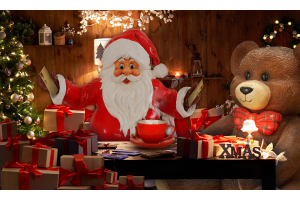 Christmas Is Santa’s Cup Of Tea

The Gingerbreads Are Coming To Town 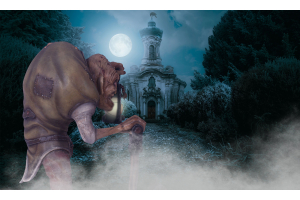 Igor Is The Reason You Fear Cemeteries After Nightfall 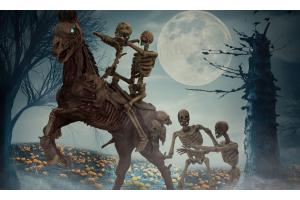